A case history on chronic bronchitis from Jason Smith in Madrid. 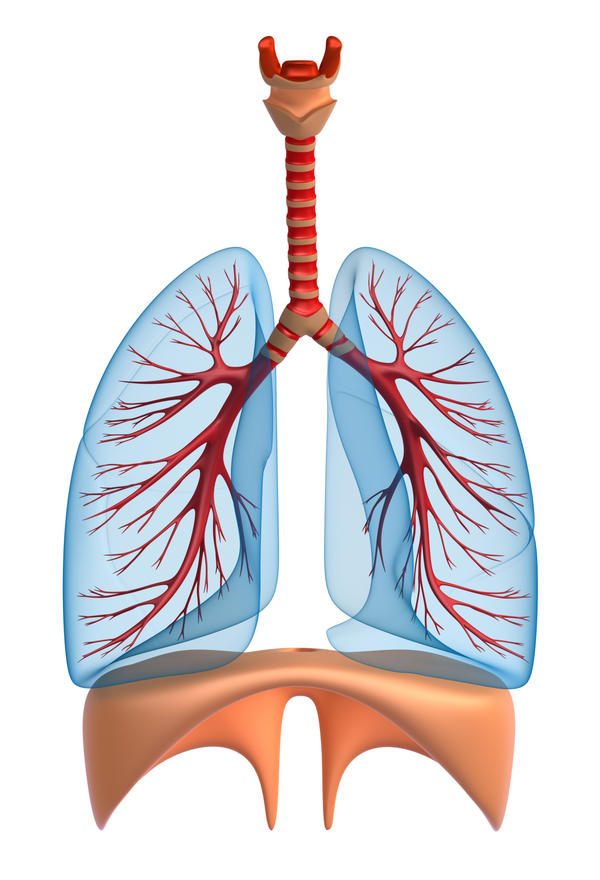 A 35 year old woman sought herbal treatment for chronic bronchitis.
The problem started 5 years ago with a flu. For a while, the flu did not seem to go away, since the flu like feeling persisted for some time. After a couple of months, and seemingly recovered from it, she developed a bronchitis.
For the past 5 years she had several cases of bronchitis. They all started the same way. Every winter, after contracting a cold, this cold progressed to bronchitis.
Tired of this situation, she sought treatment specifically with herbal medicine (not acupuncture), although in her own words, "I had little faith in these strange Chinese pills..."

Patterns
As for patterns, this is an obvious case of residual pathogenic factor in the Lungs. The first flu she contracted 5 years ago was of course a case of Wind-Heat at the Wei Level according to the Wen Bing School.

However, the pathogenic factor was not completely expelled at that time (accounting for the flu like feeling experienced for some time after), and remained in the body as a residual pathogenic factor, being latter responsible for the recurrent cases of bronchitis over the next winters.
There was also an obvious Lung deficiency, accompanied also by a Spleen deficiency. The Spleen deficiency was diagnosed because of slow digestions, swelling of the abdomen after eating, poor appetite and teeth marks on the sides of the tongue, and the Lung deficiency because of a slight spontaneous sweating, a propensity to catching colds and a weak Lung pulse.
It is also interesting to note that this woman was a yoga teacher and a vegetarian. It was my assumption that her eating habits had led to a Spleen Qi Xu, and that Spleen Xu had, on the other hand, led to a situation where the Earth could not generate (nourish) Metal.
On the other hand, although Yoga is obviously a great exercise, this patient taught Yoga for 6 hours a day, 6 days a week: this would be a form of "overwork" and it would weaken the Spleen and Kidneys.

Treatment
The treatment was aimed at a) expelling the residual pathogenic factor and b) tonifying the Lungs and Spleen. The first issue was addressed with a remedy from the Little Treasures (although specific for children, it is not exclusively used for children), Resolve Phlegm.
This remedy is a variation of Wen Dan Tang and is specific for the treatment of residual Phlegm Heat in the Lungs. Since this remedy is, in the long run, detrimental for the Spleen (because of the cold herbs), she was instructed to take it during only for one month.
On the other hand, a Spleen/Lung tonic was also administered to strengthen the Spleen and the Lungs: Central Mansion, a variation of Shen Ling Bai Zhu San. She was instructed to take this for three months.

Results and prognosis
The patient sought treatment last September, and has not had a single cold or bronchitis for the past 9 months (winter included) as of May.
Although the treatment has been successful, it is my assumption that a further treatment should be undertaken, aimed at tonifying the Kidneys.
Apart from the Lungs, the Kidneys play also a crucial role in the defensive system of Wei Qi, through the 8 Extraordinary Vessels. These vessels are all related in some fashion to the Kidneys, and circulate Jing, and this Jing also contributes to the protection of the body against pathogenic factors, along with the Wei Qi and the Ying Qi.
For this reason, a further treatment might be advisable to tonify the Kidneys: a good option would be the Three Treasures remedy Herbal Sentinel (Yin o Yang), that strengthens Lung-Spleen-Kidney Qi and nourishes Yin or Yang as required by the constitution of the patient.
It is also interesting to note here the Chinese medicine point of view on invasions of Wind Heat/Cold: in western countries, it is customary for people to keep on working and carrying out their daily activities even if they are in the middle of a cold, and not taking time to rest and completely recover, something completely discouraged from the Chinese point of view. This custom is a major cause of formation of residual pathogenic factors, that can give rise to problems at a later stage.