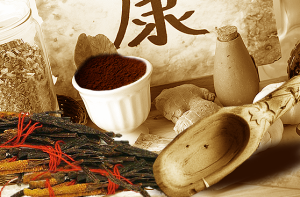 Cordyceps is a rare and exotic medicinal mushroom, known in China for centuries. One that reportedly
has a number of far reaching medicinal effects. Most people in the West have come to know this rare
herbal medicine in only the last twenty years or so. During that time, modern scientific investigation into
its seemingly miraculous range of healing powers has proven what Chinese practitioners have noted for
centuries: That it works well in combating a myriad of medicals problems.


Much of what is known about Cordyceps sinensis we owe to the research of Dr. Georges Halpern, a physician and professor emeritus with the University of Hong Kong, and author of several books about Cordyceps.

Research suggests that Cordyceps may improve the BIO ENERGY status of animals humans. This would happen because Cordyceps improves the internal balance mechanism, thus making the utilization of OXYGEN more efficient. These properties may account for the overall physical enhancement, the added endurance, and the anti-fatigue effects which are seen in humans using the Cordyceps supplement.

1. Cordyceps Improves the Respiratory Function
Several scientific studies have demonstrated the benefits of Cordyceps sinensis in alleviating the symptoms of several respiratory illnesses including chronic bronchitis and asthma (Reference 2, Chapter “Effects on the Respiratory System”, pages 429-432). In a double blind, placebo controlled study with 30 elderly volunteers Cordyceps significantly improved the maximum amount of oxygen these people were able to assimilate (Reference 4).

3. Cordyceps Improves the Functioning of the Heart
Numerous studies have demonstrated the benefits of Cordyceps sinensis on heart rhythm disturbances, such as cardiac arrhythmias and chronic heart failure (Reference 2, Chapter “Effects on the Cardiovascular System”, pages 436 – 441).

4. Cordyceps Helps Maintain Cholesterol
Four excellent studies have demonstrated that Cordyceps sinensis helps to lower total cholesterol by 10 to 21% and triglycerides by 9 to 26%. At the same time it helps to increase HDL-cholesterol (“good cholesterol”) by 27 to 30% (Reference 1, Chapter “Effects on blood lipid metabolism and arteriosclerosis”, pages 299 – 301).

Liver Protection - Improves Liver Functions, helps with Hepatitis and Cirrhosis Sub chronic and chronic hepatitis on related liver diseases are more prevalent than most people think. Liver is the living filter of the human body, cleaning the blood and all other fluids of impurities. There is no way for you to survive, much less feel healthy, without a functioning liver.

6. Cordyceps Reduces Tumor Size in Cancer Patients
Several clinical studies have been conducted in China and Japan with cancer patients (References 1 and 2). The studies were done with CSE (Cordyceps sinensis mycelium) using a therapeutic dose of 6 grams per day (= 4 capsules twice daily). In one study with 50 lung cancer patients administered CSE in conjunction with chemotherapy, tumors reduced in size in 46% of patients. A study in cancer patients with various types of tumors found CSE (6 g/day for over 2 months) improved subjective symptoms in the majority of patients. White blood cell counts were maintained and tumor size was significantly reduced in about half of the patients. Researchers in Japan reported that CSE enhances the general reactivity of the immune system in individuals with cancer. To discover this, they subcutaneously injected mice with cancerous (lymphoma) cells and then orally administered CSE. This lead to a reduction of tumor size and prolongation of the host survival time. CSE also improved the antibody responses.

Recharge the Protective Army of NK cells – Your body’s ability to fight infections and tumors depends on the availability of Natural Killer (NK) Cells. These are essential first lines of defense for our body’s protection mechanisms commonly known as the Immune System.

8. Improvements in the Immune System 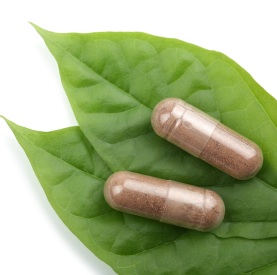 The improvements in the Immune System were so impressive that Dr. Zhu at the Journal of Alternative and Complementary Medicine 1998 stated: “Because of the above profound influence on immune functions, natural Cordyceps products have been used in many clinical conditions in patients with altered immune functions.”

9. Anti-aging
The First Anti-Aging Supplement Known to Mankind
It’s An Anti-Aging Fighter with clinical research proof in controlled studies which showed that elderly patients suffering from fatigue and some senility related symptoms reported. (1) Improvements in the reduction of fatigue 92%, of feeling cold 89%, in dizziness 83%, after taking Cordyceps for 30 days. Patients with respiratory/breathing problems felt physically stronger and some were able to jog for 600 ft. (Cao A, Wen Y. J Applied Traditional Chinese Med 1993;1:32-33)

10. Cordyceps Protects against Free Radical Damage
Several studies have shown that Cordyceps sinensis protects against the damages caused by free radicals, and as such has powerful antioxidant properties (Reference 1, Chapter “Äntisenescence and Oxygen-Free Radical Scavenging Activity”)

11. Cordyceps Reduces Fatigue
Several studies with animals have demonstrated that Cordyceps sinensis increases the cellular energy production and oxygen supply. A double blind, placebo controlled investigation showed a marked reduction in fatigue in elderly patients when they were given three grams of Cordyceps daily. In another study, Cordyceps sinensis improved shortness of breath and reduced fatigue in patients suffering from chronic heart failure (Reference 1, Chapter “Improvement of physical performance and quality of life”, pages 293 – 295).

17. Cordyceps Combats Sexual Dysfunction
Three separate Chinese double blind and placebo-controlled studies with over 200 men with “reduced libido and other sexual problems” showed remarkably similar results. On average, 64% of the Cordyceps sinensis users reported significant improvement at the conclusion of the experimental period compared with 24% of the placebo group. In another double blind, placebo controlled study conducted with 21 elderly women with similar complaints, 90% reported improvements of their condition following the use of Cordyceps, compared with none in the control group (Reference 1).