With an Emphasis on Primary Open-Angle Glaucoma 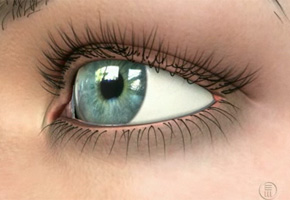 Glaucoma is one of the leading causes of irreversible blindness, with nearly 70 million people suffering from this chronic ophthalmologic condition worldwide. Ninety percent of all cases are primary open-angle glaucoma (POAG). POAG is often called ‘the silent thief of sight’, as in the early disease phase, typically no symptoms are experienced. Patients may experience progressive worsening of their vision, initially peripherally (i.e., vision outside the center of gaze), but eventually involving the central vision. (Vandenbroeck et al 2011)

Primary open angle glaucoma is described distinctly as a multifactorial optic neuropathy that is chronic and progressive with a characteristic acquired loss of optic nerve fibers. Such loss develops in the presence of open anterior chamber angles, characteristic visual field abnormalities, and intraocular pressure (IOP) that is too high for the healthy eye. (Kokotas et al 2012)

Glaucoma is considered as a progressive optic neuropathy often caused by elevated intraocular pressure consequent to abnormally high resistance to aqueous humor (AH) drainage via the trabecular meshwork (TM) and Schlemm’s canal. Morphological and biochemical analyses of the TM of patients with POAG revealed the loss of cells, increased accumulation of extracellular matrix proteins (ECM), changes in the cytoskeleton, cellular senescence, and the process of subclinical inflammation. The TM is the target tissue of glaucoma in the anterior chamber, and the development and progression of glaucoma are accompanied by the accumulation of oxidative damage in this tissue. (Babizhayev MA 2012)

Glaucoma is an optic neuropathy, specifically a neurodegenerative disease characterized by loss of retinal ganglion cells (RGCs) and their axons. In the past, glaucoma was viewed as a disease of raised intraocular pressure (IOP); however, it has become increasingly clear that elevated IOP is only one of the risk factors for this disease. Recent evidence indicates that lowering IOP does not prevent progression in all patients and that progression can continue despite effective lowering of IOP. (Vasudevan et all 2011)

Glaucoma filtering surgery may be compromised by cystic blebs which develop more frequently when anti-metabolites are used to arrest wound healing. Matrix metalloproteinases (MMPs) and the naturally occurring tissue inhibitors of metalloproteinases (TIMPs) are essential in connective tissue remodeling and wound healing. Increased MMPs and TIMPs expression is associated with the formation of filtering blebs, suggesting involvement of MMPs in bleb remodeling. MMP-2 and ProMMP-2 levels in tear fluid may be markers for bleb configuration. (Mathalone et al 2011)

Current glaucoma therapy relies on drugs that lower intraocular pressure (IOP), and several glaucoma medications are effective at lowering IOP when administered properly. However, poor adherence is a fundamental problem that increases with the age of the patient, and approximately 20% of patients eventually require surgery to lower IOP. An alternative treatment approach may lie in the use of neuroprotective agents, designed to promote RGC survival independent of IOP. The most common way to reduce IOP is topical administration of eye drops one or more times daily. (Lavik et al 2011)

Certain yoga exercises in inverted position (like Sirsasana) leads to two- to three-fold IOP rise from baseline for short duration. We documented a three-fold increase in IOP during the inverted position (IOP checked with Tonopen?) in at least three of our progressive POAG patients with good 24-hour IOP control (personal communication with Dr. Rajul S Parikh). Though evidence is not sufficient to prove the role of inverted yoga exercises as a causal risk factor for glaucoma progression, it is imperative to inform glaucoma patients about IOP elevations associated with inverted posture. (Parikh R & Parikh S)

Blood Tests in Glaucoma
Glucose & insulin – Glaucoma has been positively linked to diabetes mellitus. Glaucoma is more often present in the elderly. Important prognostic factors of glaucoma may be oxidative stress resulting from the toxic effects of glucose, and diabetes-associated vascular complications. Our observations suggest that the generation of reactive oxygen species may promote localized DNA damage in glaucoma-iris tissues of elderly patients vulnerable to diabetic injury. (Szaflik et al 2010) 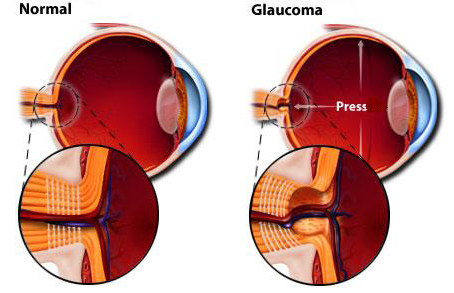 Natural Compounds Helpful in Glaucoma
Anti-oxidants –  One factor in the focus of investigative glaucoma research is oxidative stress, as one of the main problems in glaucoma is an imbalance of reactive oxygen species (ROS) formation and decomposition resulting in ROS accumulation, as well as general reduction of anti-oxidant capacities. trabecular meshwork cells were shown to be especially sensitive to oxidative stress, and typical responses affect ECM synthesis, and basic cellular processes, like cell cycle control, proliferation, apoptosis and cellular metabolism. In this respect, prophylactic intake of dietary supplements with alleged antioxidant capacities is recommended for protection from deleterious effects of oxidative stress and prevention of glaucoma thereby. (Tourtas et al 2012).

Omega-3 Fatty Acids - The stimulation of IL-6, a key pro-inflammatory interleukin and circumscribed oxidative stress marker, was repressed by ?-3 and ?-6, for the former even to a significant extent. Based on the observed side effects of omega-6, omega-3 appears to be the more beneficial fatty acid in respect of prophylactic intake for prevention of a glaucomatous disease. (Tourtas et al 2012)

Vitamin E - The importance of oxidative stress in both the formation and the course of glaucoma has been known. Neuroprotective effects of vitamin E compounds in retinal diseases and glaucoma have been clincally demonstrated. (Engin et al 2010)