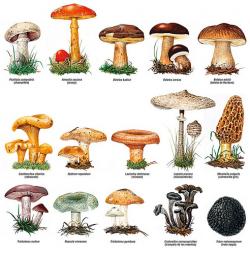 for sustained physical or mental activity when needed. Adaptogenic herbs work to improve the body’s ability to adapt to stress, giving you energy, yet also allowing for clarity and calmness.

For centuries, adaptogenic herbs have been used to prevent and treat a wide variety of conditions. Known to help regulate the adrenal system, they can reduce levels of cortisol, the hormone that the adrenals produce during times of stress. prolonged high levels of cortisol due to chronic stress can be detrimental, leading to a wide range of health concerns, including poor sleep, autoimmune diseases, depression, anxiety, common colds and flu, hormone imbalance, cancer, thyroid conditions and digestive problems.

If you google "adaptogens, pubmed studies," thousands of entries will show up. The herbs that fall into this category have been used for thousands of years, but it was only in the late 1940s that a Russian scientist adopted the word "adaptogenic" to categorize them. A study published in 1999 defined an adaptogenic compound as a non-specific remedy "that increases resistance to a broad spectrum of harmful factors (stressors) of different physical, chemical and biological natures."

Some of the most common adaptogenic herbs are: