ON STAGNATION OF LUNG- AND HEART-QI 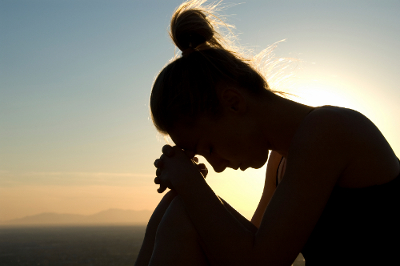 Liver-Qi stagnation is one of the most "popular" diagnoses among Western practitioners. Liver-Qi stagnation is certainly very common but, in my opinion, it is over-diagnosed and over-emphasized. Besides that, it is hardly ever mentioned that practically every organ - not just the Liver - may be subject to Qi stagnation. For example, the following organs suffer from Qi stagnation: Stomach, Spleen, Lungs, Heart, Intestines, Gall-Bladder, Triple Burner, Bladder and even the Kidneys.

The present article will concentrate primarily on Qi stagnation of the Lungs and Heart because such stagnation is particularly common in mental-emotional problems. Related to the over-diagnosis of Liver-Qi stagnation is also the over-emphasis on anger among the emotions. Over-emphasis on anger is, in my opinion, also present in China. It is easy to see why that would be as anger is the most disruptive of the emotions: if you are angry, you rebel and that is not done in China, whether in the Neo-Confucian past nor now. Indeed the very word used in Chinese medicine to indicate "rebellious" (or "counterflow") Qi [ni ?] means "to rebel", "to disobey", "to defy". The opposite of Ni in Chinese medicine is shun [?] which indicates Qi going the right way. The word shun means :"to obey", "to act in submission to", with a clear political significance. Please note that these two words are already in the Nei Jing.

Whilst it is easy to explain why anger would be over-emphasized in China, I am not sure why it is in the West. By contrast, Lung- and Heart-Qi stagnation is usually caused by sadness, grief or worry: if one is sad, one does not rebel, so the Chinese political system (whether ancient or modern) is not threatened by these emotions. I believe that such emotions, more than anger, are extremely common and pervasive in the patients we see. What are sadness and grief caused by in Western patients? Apart from the obvious causes due to bereavement, very many Western patients of all ages suffer from sadness and grief deriving from various types of loss such as the loss from the break-up of relationships or marriage. In other words, sadness and grief are primarily about loss, whether it be the loss of a dear one from death or the loss of a partner through separation.

McLean (who elaborated the theory of the triune brain) suggests that the origins of human language were most likely in infant-mother interaction, babbling based on vowel-consonant combinations beginning about 8 weeks after birth. He singles out the separation cry - a slowly changing tone with a prolonged vowel sound (aaah), a distressing cry linked with the most painful emotion, separation.

I believe that the sadness and grief deriving from separation are probably the most basic and primordial (and therefore most powerful) emotions that plays a huge role in the mental-emotional problems we see in practice. As for worry, it is easy to see how such an emotion is so prevalent in the West where life has such a hectic pace.

Sadness, grief and worry affect the Lungs directly as they are emotions pertaining to the Lungs, but they also affect the Heart. The Su Wen says in chapter 39: "Sadness makes the Heart cramped and agitated; this pushes towards the lungs' lobes, the Upper Burner becomes obstructed, Nutritive and Defensive Qi cannot circulate freely, Heat accumulates and dissolves Qi."

In women, Lung-Qi stagnation affects the chest and breasts and, in the long run, it can give rise to breast lumps (benign or malignant) as the Lung channel flows on the outside of the breasts. In my experience, in Western women, this is a more common cause of breast lumps than Liver-Qi stagnation.

Dr Xia Shao Nong thinks that breast lumps and breast cancer are due to sadness and grief deriving from widowhood, breaking of relationships, divorce, death of one's children, and bereavement at a young age from the death of ones spouse. These events, especially if they occur suddenly, upset the Mind and lead to Qi stagnation and Qi depletion. It is interesting to note that all the events mentioned by Dr Xia involve separation and loss.

Please note that Qi stagnation may be accompanied by Qi deficiency and this is particularly true in the case of Lungs and Heart. Emotions such as sadness and grief deplete Qi and cause Qi deficiency. However, as deficient Qi in the chest fails to move properly (because it is deficient), some Qi stagnation also ensues.

The clinical manifestations of Lung-Qi stagnation are: a feeling of lump in the throat, difficulty in swallowing, a feeling of oppression or distension of the chest, slight breathlessness, sighing, sadness, slight anxiety, depression.

Tongue: slightly red on the sides in the chest areas (see blog of 23 March 2010).
Pulse: very slightly Tight on the right-Front position.

The clinical manifestations of Heart-Qi stagnation are: palpitations, a feeling of distension or oppression of the chest, depression, a slight feeling of lump in the throat, chest and upper epigastric distension, dislike of lying down, weak and cold limbs, slightly purple lips, pale complexion.

Tongue: slightly pale-purple on the sides in the chest area.
Pulse: Empty but very slightly Overflowing on the Left-Front position.