The following is a case history received from Jason Smith, a practitioner in Spain and lecturer at IEN, Instituto de Estudios Naturales in Madrid. 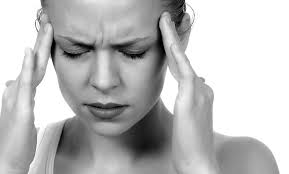 She presented with two types of headaches, one dull, all over the head, and another that was stabbing in nature, alternating between left and right temples; occasionally it also went behind the eyes. The sensation was described as a “knife being stabbed” at her eyes and temples.

The dizziness occurred at any time, and she would not leave her home alone for fear of falling.

Upon interrogation the following patterns were established:

Phlegm in the head: Dull headaches and dizziness.

Spleen-Yang Xu: slow digestion, cold hands, feet and abdomen. The stools however were hard and dry, but this could be due to the severe Liver Blood Xu.

Dampness in the digestive system: feeling sleepy after lunch, swollen abdomen after eating, absence of thirst.

Cold in Uterus: Feeling of cold and spastic pain during period.

Blood stasis: Clots during first two days of period. The Blood stasis derived from Cold in the Uterus.

The tongue was pale (confirming the Liver-Blood Xu and the Spleen- Yang Xu) but with slightly red sides (from Liver-Yang rising). The tongue was also swollen, indicating the presence of Phlegm. The sides of the tongue appeared also slightly more swollen, probably due to Liver-Heat from Liver-Yang rising. There was also a rootless yellow coating at the back of the tongue accounting for the Dampness in the digestive system.

DIAGNOSIS
Although there are many patterns, it was established that the throbbing headaches were caused by Liver-Yang rising due to Liver- Blood Xu (and aggravated by the Liver-Qi stagnation) and Phlegm. Phlegm and Liver-Blood Xu were also responsible for the dizziness. So it was decided that the principle of treatment would be to resolve Phlegm, nourish Liver-Blood and subdue Liver-Yang.

TREATMENT
She was treated with both acupuncture and Three Treasures and Women’s Treasure remedies.

She was given Precious Sea to take continuously. This remedy is a general Qi and Blood tonic for women. Treatment started in November 2012. During the first month she was also given Clear Yang, a Three Treasures remedy to treat Phlegm in the head, Liver-Yang rising, Blood Xu and Kidney-Yang Xu.

After one month of treatment the dizziness had mostly disappeared as well as the Phlegm- type dull headaches. However the Liver-Yang rising headaches still persisted so Clear Yang was changed for Bend Bamboo,  remedy that specifically treats Liver-Yang rising from Liver-Blood Xu. After this she experienced a remarkable recovery, with the throbbing headaches disappearing gradually and being absent for the past month. She is still being treated at the time of writing.

Because of the location of headaches and the fact that several channels are affected, the Yang Qiao Mai was chosen.